The foundation for all modern economic thought and political economy, "The Wealth of Nations" is the magnum opus of Scottish economist Adam Smith, who introduces the world to the very idea of economics and capitalism in the modern sense of the words. Smith details his argument in the following five books:

Introduction and plan of the work

Part 1 Of the Causes of Improvement in the productive Powers of Labour, and of the Order according to which its Produce is naturally distributed among the different Ranks of the People 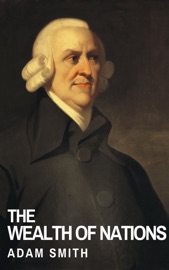